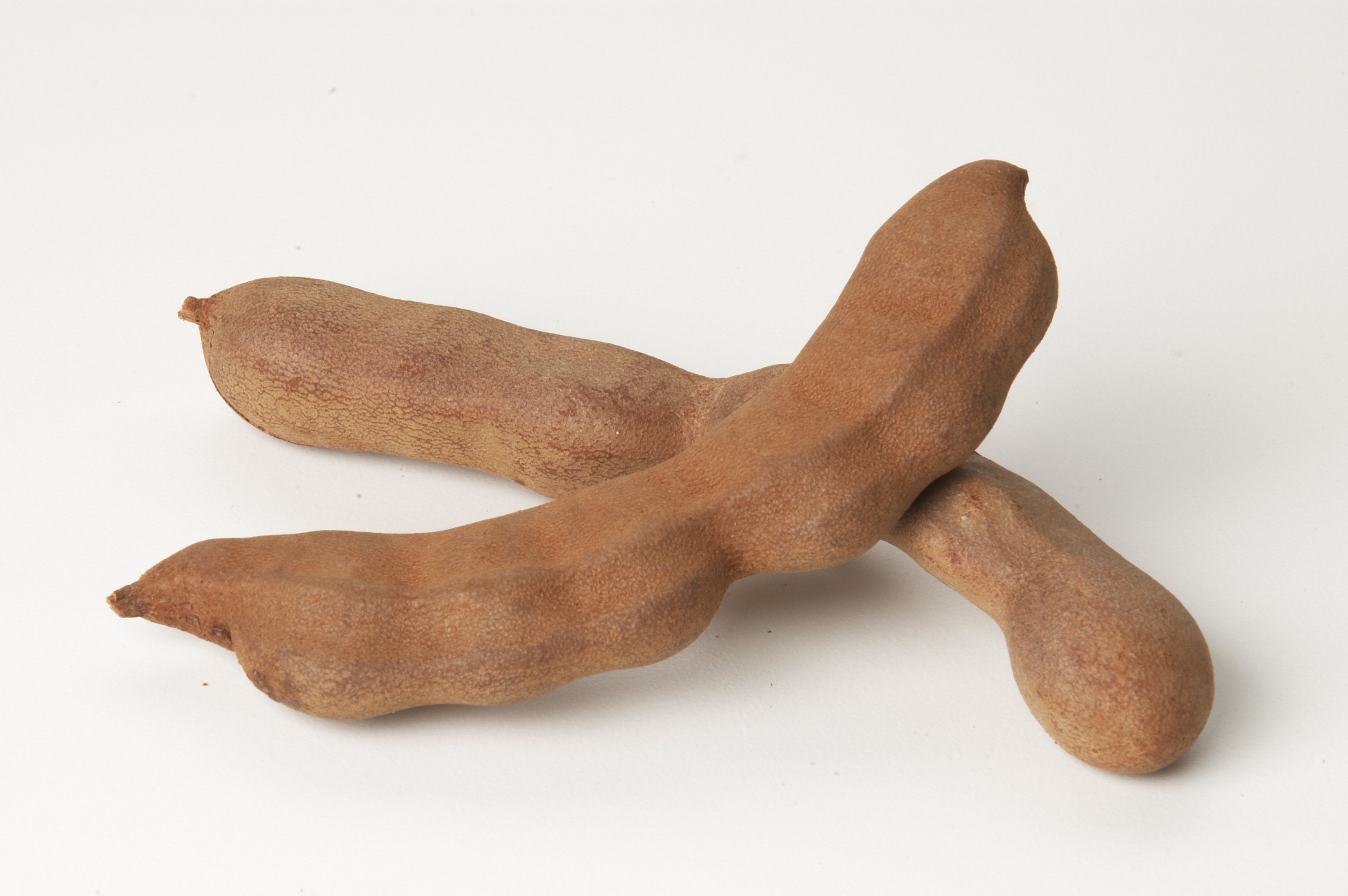 The fruit pulp is edible and popular. The hard green pulp of a young fruit is very sour and acidic, so much it cannot be consumed directly, but is often used as a component of savory dishes. The ripened fruit is edible, as it becomes less sour and somewhat sweeter, but still very acidic. It is used in desserts as a jam, blended into juices or sweetened drinks, or as a snack. It is also consumed as a natural laxative.

In Thailand, there is a carefully cultivated sweet variety with little to no tartness grown specifically to be eaten as a fresh fruit. It is also sometimes eaten preserved in sugar with chili as a candy.

It is used in both Asian and Latin American cuisines and is also an important ingredient in Imli Chutney, a spicy North Indian condiment; Pulusu, a sauce from Andhra Pradesh, India; Worcestershire sauce; HP sauce; and the Jamaican-produced Pickapeppa sauce.

Tamarind is used extensively in Tamil Nadu and Andhra Pradesh cuisines, where it is used to prepare Rasam, Sambhar, Vatha Kuzhambu and Puliyogare (an easily prepared, tamarind-based rice dish). It is also widely used in various types of chutney as a flavouring agent in India. In addition to tamarind other spices are added to the sauce such as sugar and spice to make the sauce a bitter sweet flavor. The tender pods and flowers are also pickled and used as a side dish.

In Guadeloupe, the tree is known as Tamarinier. Jam and syrup are made with the fruit.

In Egypt, an acidic chilled drink made from tamarind is popular in summertime.

In Madagascar, the tree is known as the kily tree. Its fruits and leaves are a well-known favorite of ring-tailed lemurs, providing as much as 50% of their food resources during the year if available.

In Mexico, it is sold in various snack forms, where it is dried and salted, or candied (see for example pulparindo or chamoy snacks). Mexicans commonly drink it as a cold agua fresca beverage or have it in iced fruit bars and raspados. The Mexican immigrant communities in the US have continued to fashion the “agua de tamarindo” drink, and many other kinds of treats. Mexican tamarind snacks are available in specialty food stores worldwide in pod form or as a paste or concentrate.

Pad Thai, a Thai dish popular with Europeans and Americans, often includes tamarind for its tart/sweet taste (with lime juice added for sourness and fish sauce added for saltiness). A tamarind-based sweet-and-sour sauce served over deep-fried fish is also a common dish in Central Thailand. In Singapore and Malaysia it is used to add a sweet-sour taste to gravy for fish in a dish called asam fish.

In the Philippines, tamarind is popular and it is used in foods like sinigang soup, and also made into candies. The leaves are also used in sinampalukan soup.

In Northern Nigeria, It is used with Millet powder to prepare Kunun Tsamiya, a traditional Pap mostly used as breakfast, and usually eaten with bean cake.

In Burma, young and tender leaves and flower buds are eaten as a vegetable. A salad dish of tamarind leaves, boiled beans, and crushed peanuts topped with crispy fried onions is very popular in rural Burma.