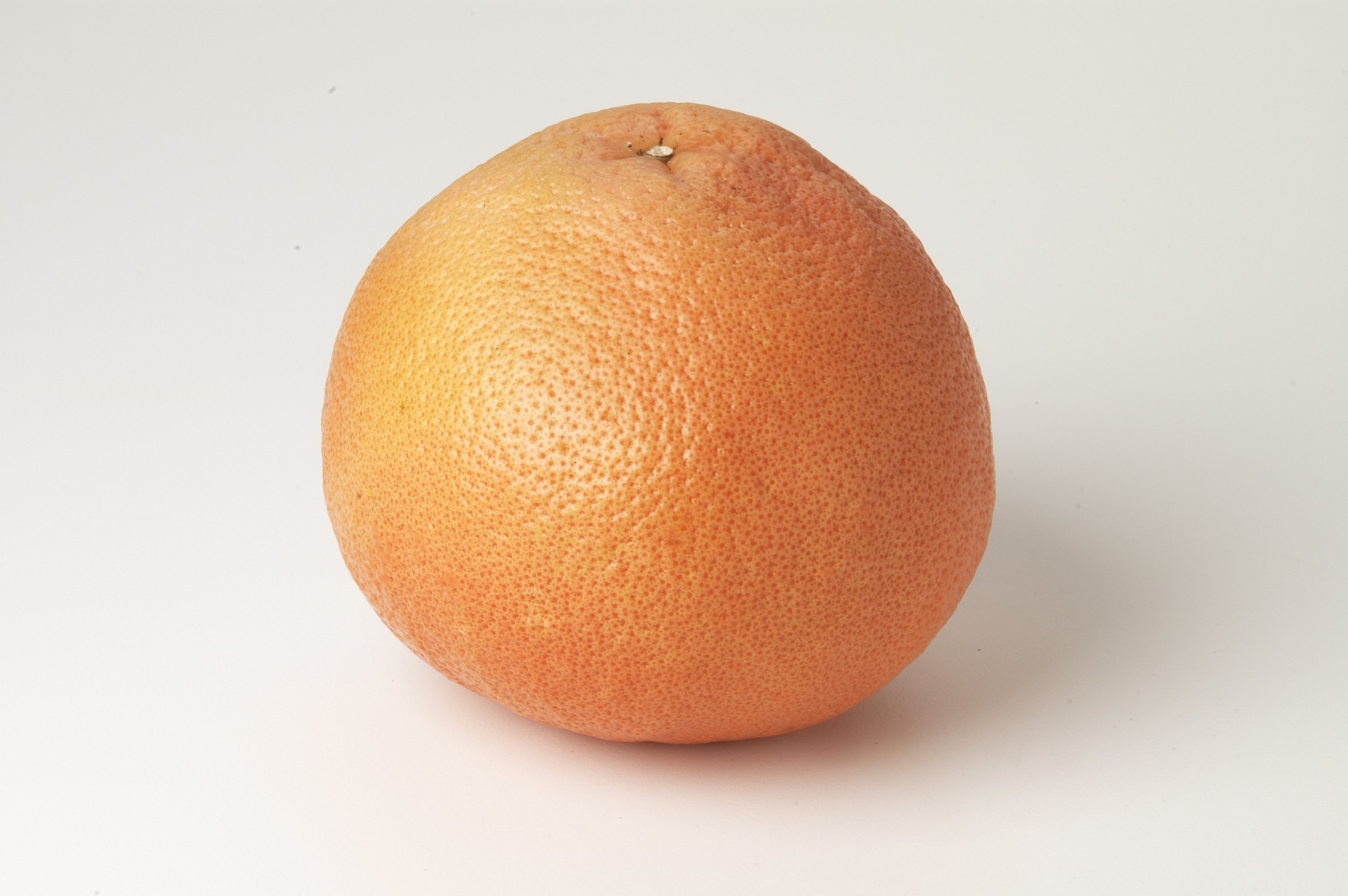 The grapefruit is a subtropical citrus tree known for its bitter fruit, an 18th-century hybrid first bred in Jamaica. When found in Barbados it was named the “forbidden fruit”; it is also called the “shaddock”, after its creator.

These evergreen trees are usually found at around 5-6 meters (16Ð20 ft) tall, although they can reach 13-15 meters (43-49 ft). The leaves are dark green, long (up to 150 mm, or 6 inches) and thin. It produces 5 cm (2 in) white four-petaled flowers. The fruit is yellow-orange skinned and largely oblate, and ranges in diameter from 10-15 cm. The flesh is segmented and acidic, varying in color depending on the cultivars, which include white, pink and red pulps of varying sweetness. The 1929 US Ruby Red (of the Redblush variety) has the first grapefruit patent.

The fruit has only become popular from the late 19th century; before that it was only grown as an ornamental plant. The US quickly became a major producer of the fruit, with orchards in Florida, Texas, Arizona, and California. In Spanish, the fruit is known as toronja or pomelo.